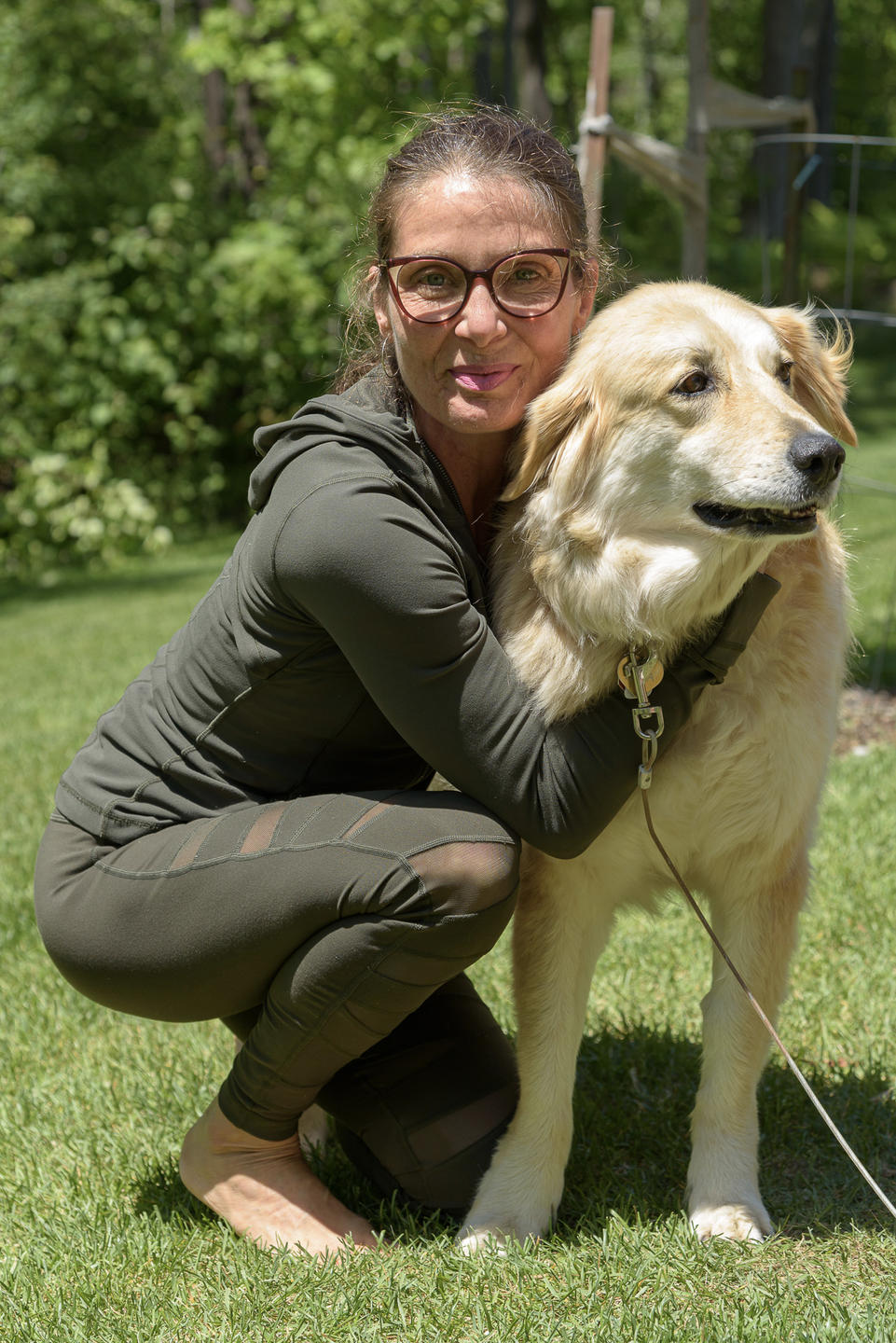 Putting the Soul Back Into Pilates

Danielle’s life story is a story about dance, movement and teaching. Her first passion, as a young girl studying ballet and jazz, was her primal need to dance! There was no way about it, she was going to dance, and throughout the 1980s, Danielle performed with three of Canada’s contemporary companies, Dancemakers, Grossman Dance Theater and Desrosier Dance Theatre. During this time, she trained in modern dance, classical ballet, choreography and improvisation, yoga, tai chi, the Mitzvah Technique, Feldenkrais etc., studying and performing in Canada, United States, Europe, and Mexico.

Early in her training, after a few years of studying dance at York University in the Fine Arts Department, at 21 years of age, Danielle met an early mentor whose work inspired her to move to New York.  There, she delved into a broad area of training, including classical ballet, the Limon and Cunningham Modern techniques, and theatre classes, all while working as a waitress to get by. As good fortune would have it, at the Laban Institute of Movement Studies, Danielle met her next life-changing teacher, Robert Ellis Dunn. Unbeknownst to her, Dunn’s influence would have a powerful effect on the trajectory of her life, from performance to teaching years down the road.

Robert Ellis Dunn was a seminal American musician and choreographer, well-known as the founder of post-modern dance in the US and recipient of the Bessie New York Dance and Performance Award and the American Dance Guild Award, among others.  Dunn exposed  Danielle to his teaching of improvisation and choreography, as well as to Laban Movement Analysis. He had studied LMA directly with Irmgard Bartenieff, the first protégé of Rudolf Laban himself.

Dunn soon asked Danielle to be his teaching assistant at the Summer School of Dance, at Long Beach University in California. Coming full circle 14 years later, after her dance career and own certification as a Laban Movement Analyst, Danielle would write her Master’s thesis on Dunn’s life and work, using her own experience as a dancer, movement analyst and teaching assistant to deconstruct his dance theory and method of teaching the creative process. These combined experiences fundamentally contribute to Danielle’s own work, Integrated Movement Therapies (IMT)®.  Danielle completed her thesis on Robert Ellis Dunn just prior to his death in 1996.

Danielle first discovered Pilates in 1985 as a dancer while studying at the London Contemporary Dance Theatre in England on an Ontario Arts Council Grant, following completion of a European tour with Dancemakers. One day after class, walking along a London street, she came upon a studio window of beautiful ballet dancers taking class, on the one side, while other dancers were training on a series of somewhat strange exercise equipment on the other side. She soon found out this was the famous Alan Herdman Pilates studio, and they were ‘doing’ Pilates. Herdman had also studied at the London Contemporary Dance Theatre years earlier in the 1960s when he eventually made his way to New York to study directly with two proteges of Joseph Pilates.

At this time, in the mid-1980s, The Pilates Method was still unfamiliar to most people outside of dance and fresh off the printing press in Canada. Later, with the help of a Canada Arts Council Grants, Danielle was able to continue her training in Pilates at the Jean Claude West Studio in New York, but this time, using the practice to help her heal a dance injury. She also studied with Irene Dowd, a specialist in functional movement for dance, and Maggie Black, a famous New York ballet teacher for professional dance artists throughout the city.

But it was not until the end of Danielle’s dance career and completion of her academic studies that she turned her full attention to teaching and Pilates. Danielle became a Certified Pilates Instructor through Stott Pilates in 1996, and later at Body Harmonics in Toronto.  In 1998, Danielle opened the first Pilates-based studio west of Toronto, called Second Wind® Pilates Plus®. Located in the waterfront community of Port Credit, Mississauga, it evolved for close to twenty years as an outstanding center for movement training and rehabilitation. Her work continues to be taught by her many graduates in both English and French, as well as by Revive Pilates in Port Credit and Pure Pilates in Whitby, Ontario.

Early in the evolution of her company Second Wind, Danielle recognized that based upon her own dance and teaching mentor influences, the style and content of her instruction were unique. In 1999, in order to create a common teaching platform for her clients, Danielle created a new Pilates and Movement Therapy Teacher-Training program. To this end, she integrated her extensive base of movement knowledge into one method, called Integrated Movement Therapies (IMT)®. Together with Second Wind’s comprehensive Pilates program, IMT quickly grew to become the unique ability of the studio. Today, her work is known as the Second Wind® Method.

Recognized for “putting the soul back into Pilates”, the Second Wind® Method uniquely combines Pilates with IMT.  The Teacher-Training certification program is one of the longest-running Pilates-based certification programs in Canada. Courses are offered in both live group formats, as well as through a guided interactive online Personal Coaching course, whereby students can complete the program at their own pace and convenience.

Danielle has always believed in our ability to learn and excel at anything we put our minds and hearts.  After dance, this led to teaching others how to live more harmoniously within their body and selves through conscious movement practice.

Regular movement practice allows us to care for the natural design and intelligence of our own bodies as we age, so we can live with more physical ease, and less emotional and mental stress that often keeps our mind stuck and bodies sore and disconnected. Each time we practice organized, functional movement that supports posture, vitality, and productivity, we fine-tune our ability to self-nurture and self-heal.

As a call to live in our body from the present moment, rather than from the past or anticipated future, movement practice calls us to attention. It is a conscious invitation to feel what our body really needs from us, right now - physically, mentally emotionally and spiritually - in order to bring awareness, health, compassion and clarity into your lives. In this way, we consistently reconnect from the center of our lives outward, with more authenticity and joy.

Danielle presently lives north of Toronto in the Collingwood area where she continues her work in private practice.

Awareness is an action.

Aliveness opens you to learning something new in every situation.

Join Danielle's email list to be the first to know about exciting news and updates.

Stay in touch with Danielle

Enter your first name and email to be the first to know about news and updates from Danielle.